Why does India need MyPetrolPump?

When was the last time you enjoyed going to a petrol pump? The queues, the pollution, lack of confidence in the quality of fuel and how it is handled by the operator make the whole experience quite unpleasant. Our doorstep delivery of Diesel offers an interesting alternative.

Our proposed concept is in line with the Smart City Mission as the impact would aide in revamping the existing fuel distribution network in urban areas as well as making them citizen friendly and sustainable.

We try to look into why fuel delivery is a step in the right direction. 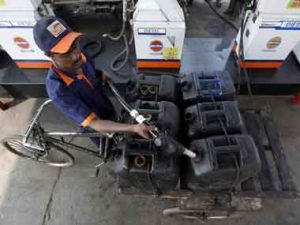 In India, every day over 74 million litres of fuel is carried in barrels and Jerry cans which unfortunately puts a great many people at risk as the people carrying the fuel do not have training on proper handling of fuels.

Traffic Jams due to long queues

Due to raising real estate costs, it has become a challenge to open new petrol pumps to cater the raising demand/population in urban India. We have about 56,000 petrol pumps which is around 100,000 less than what is required to serve the increasing demand. In USA, there are about 168,000 gas stations for 263.6 million registered passenger vehicles (2015) while in India, we have 56,000 gas stations serving 210 million (2015) registered vehicles[1].

With the number of vehicles on road increasing and petrol pumps not catching up at the same rate, congestion on road and fuel stations will increase in future. Statistics indicate that over a billion man-hours are wasted yearly waiting in lines at Petrol pumps. That’s why it is imperative to find an alternate solution to this expensive problem.

The total annual consumption of diesel for 2016 is around 90 billion litres. It is estimated that 40 per cent of subsidised kerosene (approximately 3.3 Billion litres) for the poor is diverted for adulteration with diesel for trucks[PPAC]. When an engine is run on a fuel with altered specifications, the performance and emissions of the engine may deteriorate and the durability & reliability of the engine components may be affected .

With India power-starved, the millions of diesel generator (DG) sets working to meet the shortage in industrial and commercial units now add up to a cumulative capacity of 90,000 MW. That figure is nearly equal to what was India’s total installed power generation capacity just over a decade ago (March 2002) and about 36 per cent of the current installed generation capacity. (CERC)

The number of stations closing down in the months and years to come is expected to increase, mainly because landowners are looking at more lucrative options. With the rentals as low as Rs. 6000 in some places and with little or no scope for increase, Landowners stand to gain much from other commercial ventures.

There are very little or no petrol pumps located in rural India. Often farmers have to travel over 20-30 kms for the nearest petrol pumps located at highways. GOI is actively working upon to provide cooking gas delivery in form of cylinders and introduction of low cost petrol pumps. There are about 6.5 lakh villages in India. While opening a petrol pump accessible to all these villages is not a feasible solutions, delivery through mobile vehicles like ours which ensures both safety and reliability is a more viable option. 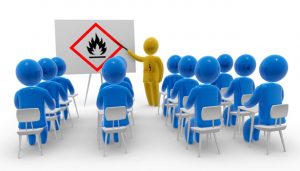 Additionally, there is requirement of safety awareness for fuel handling for personal use, which is currently lacking. MyPetrolPump is positioned themselves to create that awareness among the people of India to enhance the safety standards of fuel usage.